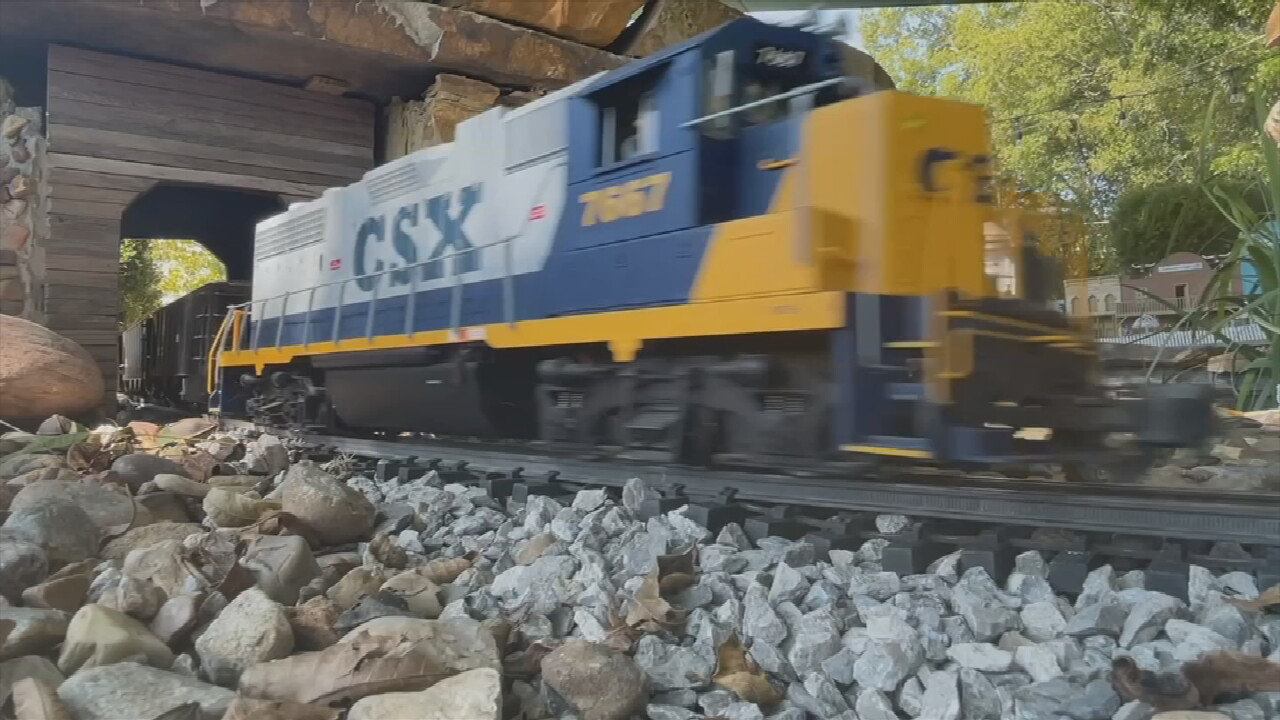 The Tulsa Garden Railroad Club is hosting an event that will give anyone the chance to see some elaborate backyard model train setups.

The sound of a train whistle can be heard when walking into Bob and Shelia Buttram’s backyard.

“We’ve always called it Green Acres and we try to keep it green,” said Bob.

It’s a place where your imagination makes the rules.

“What’s in your mind, you just run with it,’ Bob said.

Their garden railroad is a passion project 16 years in the making.

“In 2005 we started working on this. I went to a home show, seen a small model train running around in the garden and I said oh that looks like a lot of fun,” said Bob. “So it started and it was a little small lay out here. End it just kept growing piece by piece by piece by piece.”

Now their little model train city has 600 feet of tracks with bridges, tunnels, more than 100 train cars, and a dozen or so engines.

It features business, restaurants, and shops, plus some sentimental pieces, like a rock house that Bob’s uncle, who died in World War II, built it in the 1930s.

“When he was 9 years old, he built a rock house and my mother kept it and I now have it and it’s on this layout and it just happens to be the same scale,” said Bob.

Then there’s an old farmhouse. It’s an exact replica of the house where his wife’s grandparents lived.

“Their homeplace was probably my favorite piece to do because it means something,” Bob said.

Bob is the Tulsa Garden Railroad Club Vice President. It has close to 50 members, but they’d like to add more.

“You’ve got to realize that all of us are getting older,” said Bob. So we need a new generation of people to come and help.

This Saturday and Sunday eight club members are inviting the public to tour their backyards and see the elaborate layouts.

“I like to look at their faces and see the smiles on them, that means a lot,” he said. “There’s been a lot of people and kids come through here over the years and it’s been quite enjoyable.”

He hopes the tour will inspire a younger crowd to jump on board and keep the tradition alive.

“Maybe it’ll put something in their mind and in their heart to do when they get older,” Bob said.

The Tulsa Garden Railroad Club has tour locations and times posted to its website.