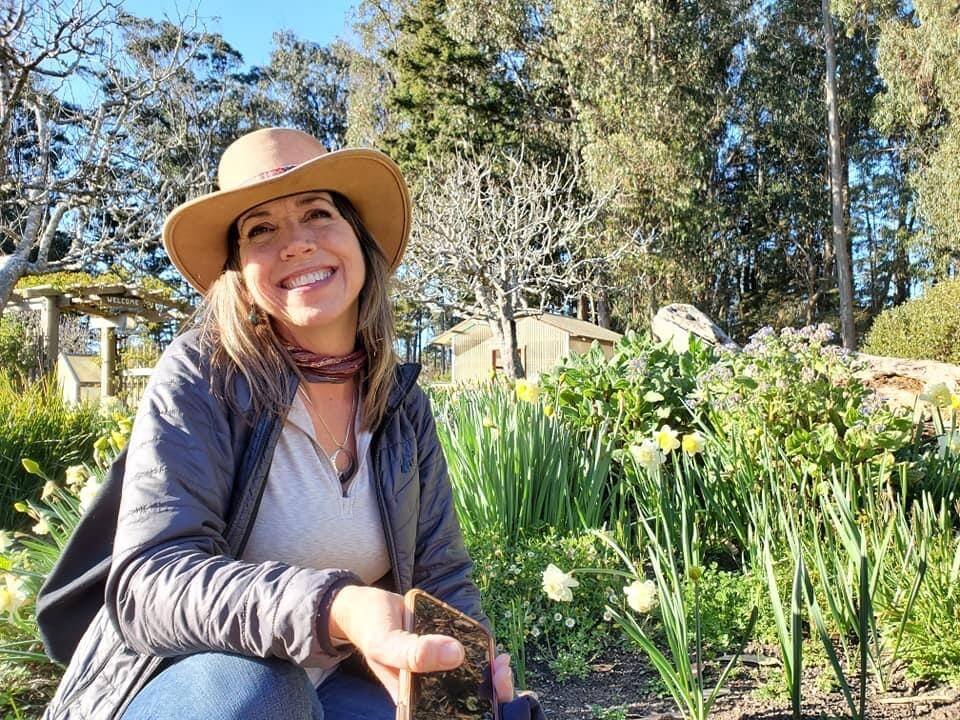 A well-managed garden appears to be in a natural state of perfection. The waving flowers beckon, rich green foliage prevails and weeds are absent. The outside world and its cares fall aside when visitors enter these quiet spaces, and the garden becomes life’s expression.

These gardens are, as former Cornerstone Sonoma Garden and General Manager Dawn Smith described them, “Places that people repeatedly come back to for solace, peace and happy memories. They are spaces that give people joy no matter if they are wealthy or not. The gardens are there for everyone.”

Her garden and team kept her going

For Smith, plants and gardens were not just an occupation. The energy and fulfillment she felt in creating and tending these places with her beloved team kept her going through years of health issues associated with kidney failure, dialysis and organ transplants. She tended the gardens and her team and they nurtured her in turn.

Attracted to art and drawing, Smith initially studied graphic design but was pulled toward the plant world after meeting some horticulture students. She disliked being inside and looked for work at many nurseries in Sonoma County, eventually finding a job at Rose Garden Nursery in Petaluma. Smith described the owner handing her “The Sunset Western Garden Book” and telling her to look up whatever she didn’t know. From that book and her boss, Smith said, she learned so much.

After a couple years, Rayford Reddell of the noted Garden Valley Ranch in Petaluma hired her to manage and refurbish the rose nursery. It was in a slump after the death of Reddell’s partner, Robert Galyean, and the scale of the business was too much for one person to manage. Reddell graciously gave Smith Galyean’s old office in the carriage house. There she found his old garden log and plans and used it to restore the neglected gardens, which became a lucrative part of the ranch business as a wedding venue. She also reinvigorated the nursery. Reddell focused on the cut rose business and wrote columns for the San Francisco Chronicle. After five years, he retired and sold the property.

Around that time, a friend gave Smith a newspaper clipping about the Cornerstone Sonoma project in Sonoma. On a day of pouring rain, Smith went to Cornerstone armed with her resume. Owner Chris Hougie gave her a tour of the site, then just under construction with piles of dirt everywhere and empty buildings. He explained his vision of garden exhibits based on the garden festival in Chaumont, France, where each year a series of conceptual gardens are created. He cautioned that his project might be crazy and difficult to get off the ground.

After a couple of months, Smith got a call from Dave Aquilina, the project manager for Cornerstone, asking her to consult on the plantings as many were not thriving. After offering some effective suggestions, Smith was hired in 2004. Building the gardens and redoing newly installed plantings became her life. She loved it. “It was the hardest but most exciting job I ever had,” she said.

Strong winds, winter wet and summer heat, plus non-amended heavy blue clay soil and a cement-like soil hard pan, made for a challenging growing and working environment. Designers and landscape architects nationwide and beyond gave Smith designs to build with plant lists that all needed tweaking as many knew little about plants. An ever-present theme in the weekly staff meetings was, “How are we going to make money?” Smith’s experience with weddings at Garden Valley Ranch led to a wedding garden installation that did well after it started to bloom. But between the retail stores, weddings, advertising and new garden installations, the owner changed his mind often trying to figure out a big, complex new business type.

“But we were all happy because we liked each other, and this made up for the shortcomings of the budget and a new startup business,” Smith said. The business matured and Smith became general manager. She strongly credits Aquilina, her boss, for mentoring her and teaching her how to manage a business and people. He still coaches her, and she said she still looks up to him.

During the early buildup of the gardens, Smith began getting horrendous migraine headaches. Finally, a doctor gave her the bad news that she had kidney failure. Smith described being in denial because she still felt good. The doctor explained that when her kidney function dropped to about 20% of normal, she would likely live for about two years without dialysis or a transplant.