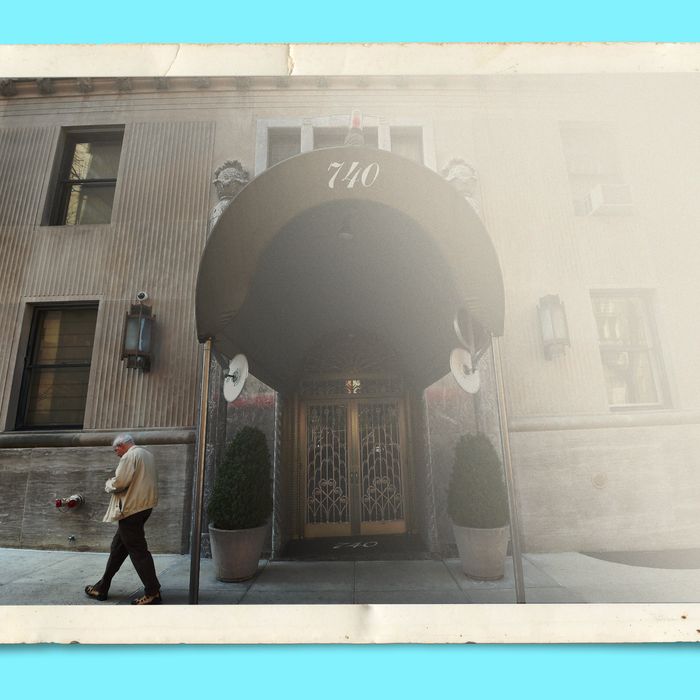 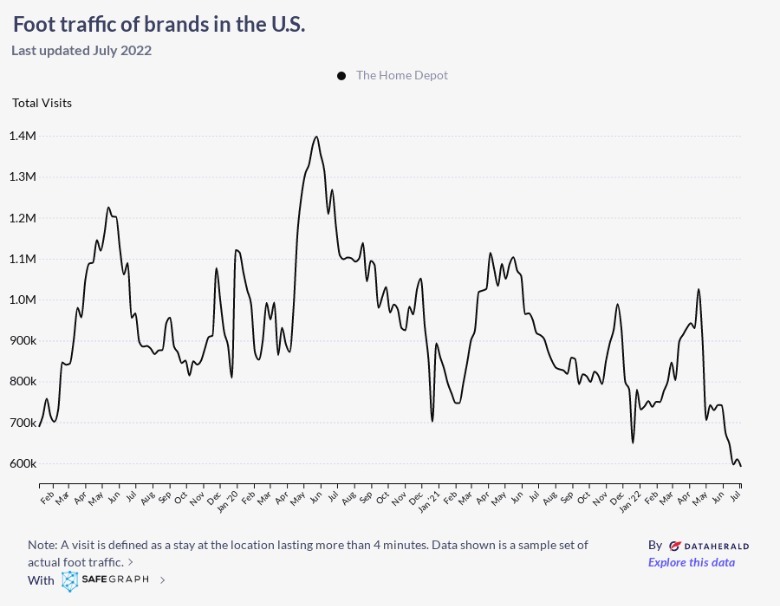 New data from SafeGraph shows the steep and recent decline in how much foot traffic there is at Home Depot. The store tends to be more popular in the spring and summer months, gradually peaking and declining throughout the seasons. In the summer of 2020, however, Home Depot experienced record-breaking peaks, with 1.4 million total in-person shopping visits in June alone. Yet, recent numbers are significantly lower; Home Depot had less than 1 million in-person visits last June, and this June just 600,000.

The lack of in-person shopping isn’t correlated with the store’s sales, though. Insider reported in February of