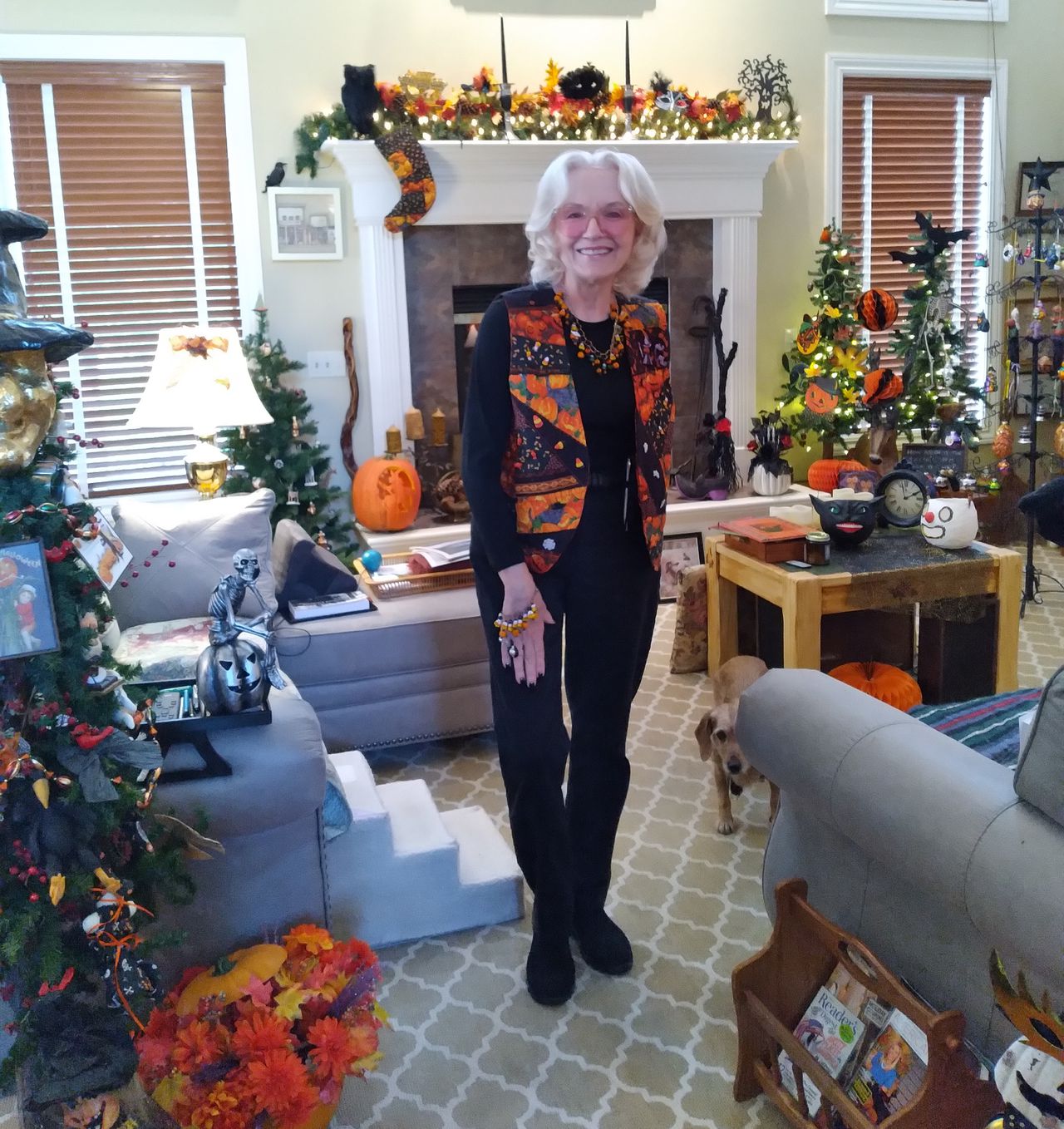 AVON LAKE, Ohio — Gayle Bartos-Pool is known as a Christmas collector with a huge number of elegant items from locations far and wide, though most she has made herself. But she doesn’t ignore Halloween.

Visiting Bartos-Pool’s home in Avon Lake during October is another experience in how a talented collector not only gathers items, but sorts and arranges them into amazing scenarios and set-ups for visitors to admire.

Her entry hall and staircase are where Halloween visitors are first greeted by flying witches, ghosts and skeletons — and that is just the beginning.

Moving into her open living room, dining room and kitchen areas brings one into the amazing revelation that she has made almost every decoration herself, from the tiniest Halloween “toys” to tree ornaments, as her way to display hundreds of Halloween delights.

There isn’t a table, counter or permanent artificial tree that isn’t totally covered with Halloween decorations. All of it is done in the finest of taste to look organized and elegant, just as her Christmas house is later in the year.

But holiday home decorating isn’t the only thing Bartos-Pool does. She is also a prolific writer — particularly of mysteries.

Here is the “blurb” on Amazon.com regarding her and the books she has written:

“She also penned the SPYGAME Trilogy: ‘The Odd Man,’ ‘Dry Bones’ and ‘Star Power.’ She has a collection of short stories in From Light To DARK, as well as novels ‘Eddie Buick’s Last Case’ ‘Enchanted: The Ring, The Rose, and The Rapier,’ ‘CAVERNS,’ ‘Second Chance,’ ‘The Santa Claus Singer’ and three delightful holiday stories — ‘Bearnard’s Christmas,’ ‘The Santa Claus Machine’ and ‘Every Castle Needs a Dragon.’

“She is the former speakers bureau director for Sisters in Crime/Los Angeles and also a member of Mystery Writers of America and The Woman’s Club of Hollywood. She teaches writing classes on The Anatomy of a Short Story (and a workbook by the same name), as well as How To Write Convincing Dialogue and Writing a Killer Opening Line, in sunny Southern California.”

Halloween takes on a whole new meaning for those who read her spooky and scary mystery books. For more information on Bartos-Pool, visit www.gbpool.com.

Visitors to her website just may find themselves becoming collectors themselves — or at least fans of her many books.

Read more from the Sun Sentinel.