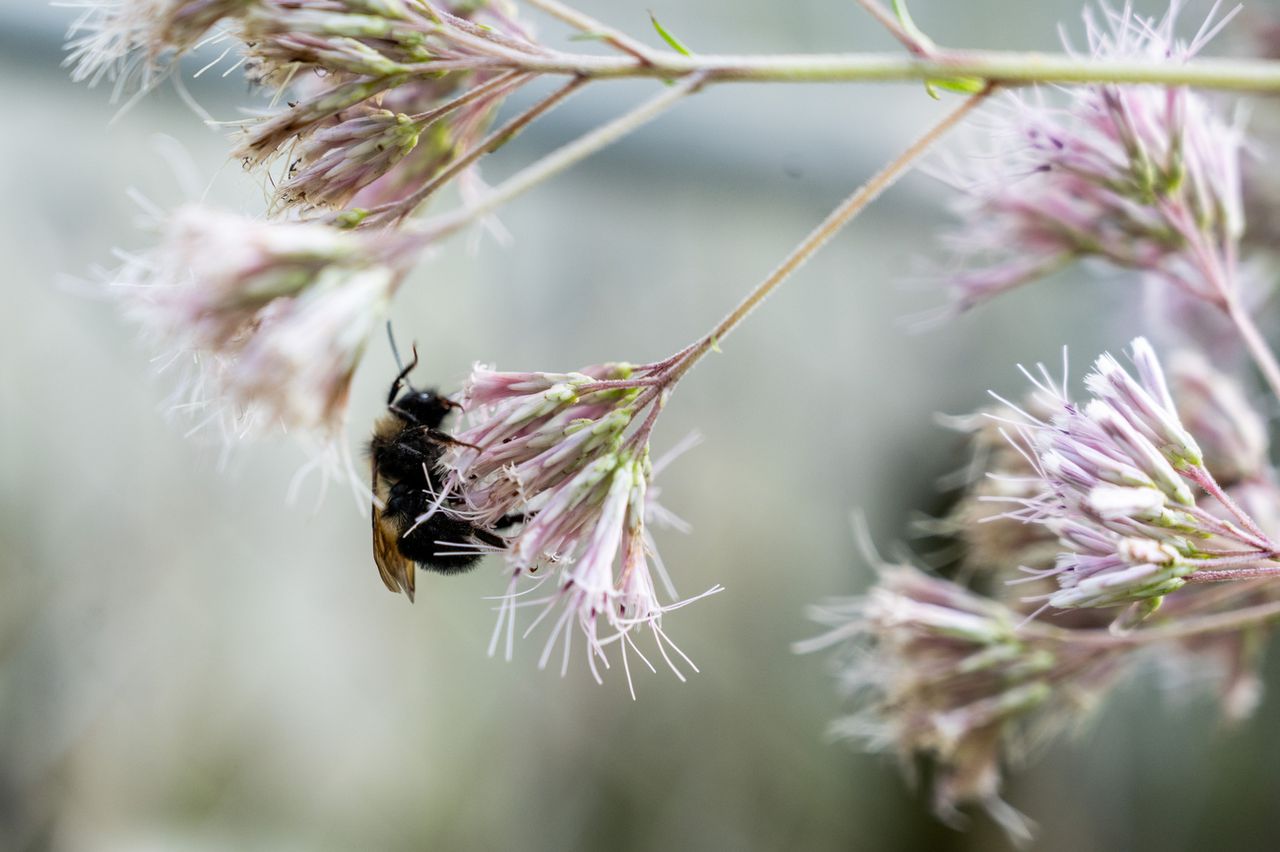 That is, she doesn’t understand why anyone would want a lawn full of it.

“It’s not pretty,” said Irwin, of Ann Arbor. “It requires maintenance for nothing. It’s your Saturday, Sunday. Why would you get on your tractor and make sure you have short grass?”

Irwin isn’t alone. She’s one of 57 people who had gardens of native plants installed or supported by Adapt: Community-supported Ecology last year.

Adapt, founded and directed by William and Nell Kirst, is an Ann Arbor-based volunteer organization that installs native plant gardens in people’s yards for free.

“If we’re only doing restoration on publicly-owned land, that’s not going to be enough,” Nell Kirst said.

The pair launched Adapt in November 2019 and installed its first garden in May 2020. In addition to Ann Arbor, Adapt also operates in Ypsilanti, Grand Rapids, Manistee and Canton and has plans to plant around 40 gardens this fall.

The planting services are free because William Kirst said he doesn’t want there to be a wealth barrier to sustainability.

“This information can’t just be siloed among those who are wealthy and educated,” he said.

Gardens are designed to fit “the ecosystem that’s supposed in the space, William Kirst said.

Irwin’s garden, a small patch next to her driveway, is filled with milkweed, oak sedge, mountain mint and little bluestem, among others. She’s also working on creating another native garden in her backyard. Native plants already there have attracted a variety of wildlife, including deer and foxes.

“So yeah, we did get inspired,” Irwin said.

Chris Oesterling, owner of New Leaf Natives in Ypsilanti, said the demand for plants native to the Midwest has grown since he first opened his native plant nursery in 2016.

“I think people are learning more and more about our ecosystem,” Oesterling said.

New Leaf now grows more than 200 species native to the Midwest and has plans to expand to a 50-acre operation.

Native plants are good for pollinators, as well as water management and soil health, Oesterling said. They also make for gardens that do not require as much human input. They’re adapted to our conditions.”

While some prefer native plant gardens because of the ecological benefits, others prefer to grow them because they can be useful.

Elizabeth Jennys, of Manchester, said she first became interested in native gardening when her family moved into their current home.

“As I was pulling weeds from our front flower beds, I got curious,” she said. “I found that pretty much all the plants that had sprouted up in my flower bed had some kind of use.”

Now, Jennys is working on a native plant container garden and has plans to use pollinator-friendly flowers in her landscaping, such as common mallow, which can be used to thicken soup; feverfew, known for its ability to reduce a fever and headaches; and dandelion, which is edible.

“It’s another way – hopefully, eventually – to get more of our food without expending energy,” Jennys said.

Elizabeth Smith, who bought her Ypsilanti home last July, said she’s been slowly transforming her yard into a “no-mow situation.”

Smith currently has plans to work with Adapt to install a native garden. She first became interested in native plant gardening after raising monarch caterpillars during the COVID-19 pandemic and has installed milkweed and butterfly weed.

The importance of gardening with native plants, rather than imports, is growing, Nell Kirst said.

“In Ann Arbor — and all of Michigan, really — (the) growing ethos (is) that gardens should be for restoration,” she said, adding that Adapt is working “to push the boundaries of what is culturally acceptable” for native gardening.

Part of that mission is encouraging a shift in how people approach gardening, William Kirst said.

“Anyone can plant all the garden they want, but if we’re not reaching out, there’s not going to be a broader cultural shift,” he said. “We’re changing hearts and minds.”

It is a mindset he pulls from a favorite philosopher, Daniel Schmachtenberger, who said change in culture comes from individuals engaging in direct action.

McDonald’s may shut down indoor dining as Delta variant surges

Fall is an amazing season for Michigan birdwatching. Here’s why, and where to go