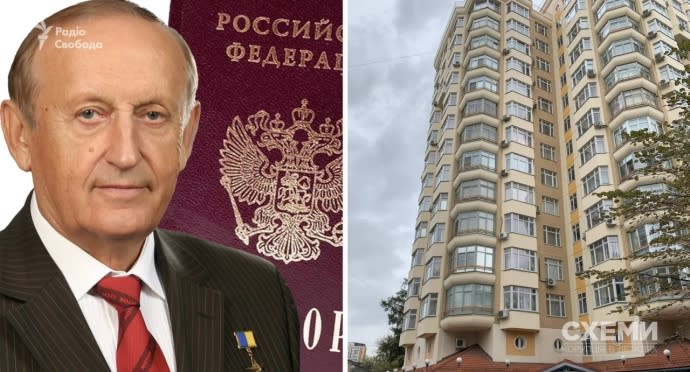 Vyacheslav Boguslayev, a Ukrainian businessman and president of the Motor Sich joint stock company (JSC) [a Ukrainian aircraft manufacturer -ed.], has concealed not only his Russian citizenship, but also real estate he owns in Moscow, which has been in his possession since 2002.

According to the journalists, the topic of discussion was at least two pieces of real estate owned by Boguslayev in Russia.

The investigators were able to identify an apartment in the residential complex with an estimated value of $350,000, as well as storage facilities.

Both properties are located in the Khoroshyovsky district of Moscow:

“None of these properties were listed by Vyacheslav Boguslayev in his property declarations, which he submitted while he was a Member of the Ukrainian Parliament [Verkhovna Rada] from 2006 to 2019.

This may indicate a violation of anti-corruption legislation”, the journalists emphasised.

The court ordered the seizure of all property owned by Vyacheslav Boguslayev, the president of Motor Sich JSC, who is suspected of cooperating with the aggressor state. The total value of assets seized is almost UAH 1 billion [approx. $27,000].

On 22 October, Ukrainska Pravda learned that the Security Service of Ukraine detained the “honorable president” of the Motor Sich JSC and former member of Parliament, Vyacheslav Boguslayev.

On 23 October, the Security Service of Ukraine confirmed the detention of the president of Motor Sich JSC as well as of the head of the Department of Foreign Economic Activities of that company; they were charged with collaboration and being accessories to the aggressor state. According to the investigation, these officials acted in collusion with representatives of the Russian corporation Rostec [Russian state-owned defence conglomerate headquartered in Moscow], which has close ties to the Kremlin. They facilitated transnational channels for the illegal supply of wholesale shipments of Ukrainian aircraft engines to the aggressor country.

On 24 October, the Shevchenkivskiy District Court of Kyiv took Vyacheslav Boguslayev and the head of the Department of Foreign Economic Activities, Oleg Dzyuba, into custody for two months (until 20 December 2022).

Investigative journalists with “Shkemy” have published evidence that Vyacheslav Boguslayev has a Russian passport.

Boguslayev’s lawyer has confirmed that Boguslayev indeed has a Russian passport, and confirmed the contracts for the supply of engines, which later ended up being part of Russian helicopters and were allegedly approved by Ukraine.

Journalists fight on their own frontline. Support Ukrainska Pravda or become our patron!