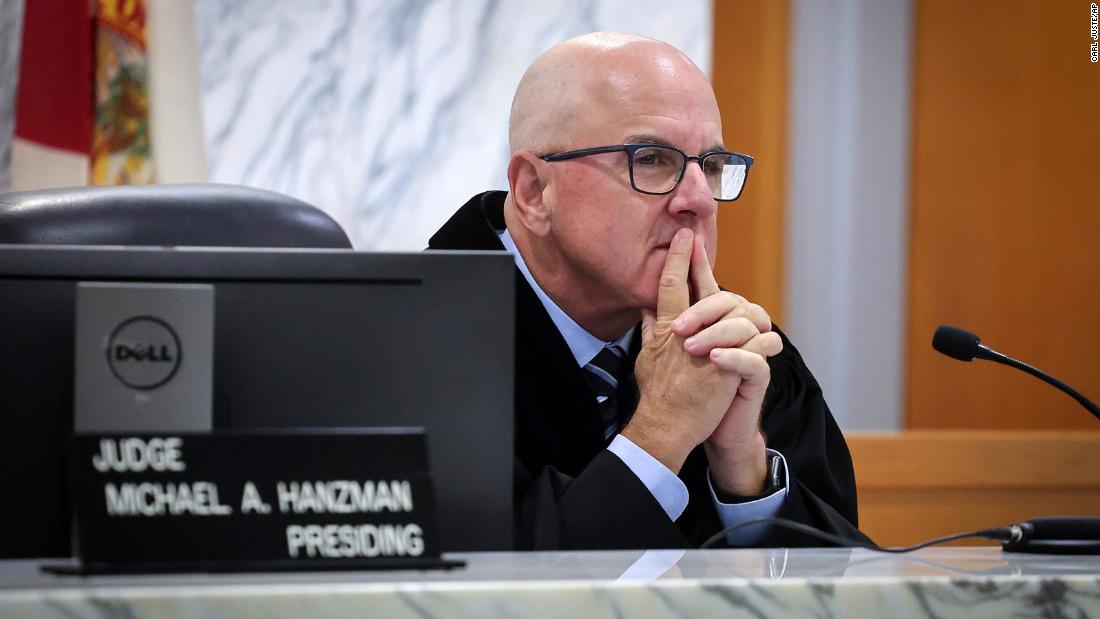 “These victims who have lost their homes, their personal belongings, and in many cases their lives are not going to be sacrificing the value of their real estate for the public good,” said Eleventh Judicial Circuit Court Judge Michael Hanzman, who is overseeing the civil lawsuits.

Hanzman said during a status hearing Wednesday that he has heard comments suggesting the site of the collapse should be turned into a memorial and victims asked to donate their real estate. But, he said, his job is to ensure the victims get what they are entitled to.

“Regardless of the views of some people who are not victims, this court’s task and your task is to compensate the victims of this tragedy, period,” Hanzman told attorneys at the hearing.

Part of the Champlain Towers South collapsed in the early morning hours of June 24, while many of the residents were sleeping. Some residents described the terror of feeling the rumbling and seeing the cracks in the walls. Others did not make it out.

In the weeks since, more than 22 million pounds of debris have been removed and 97 bodies have been recovered.

According to an update Wednesday from Miami-Dade County, the 97 victims have been identified, including 96 who were recovered from the collapse site and one victim who passed away in the hospital.

“The first responders are now conducting additional searches of the debris at the collection site, as we continue to do everything we can to search as thoroughly as possible for any remains to bring closure to families,” Miami-Dade County Mayor Daniella Levine Cava said in a statement.

“We are continuing to search with enormous care and diligence and to work closely hand-in-hand with faith leaders as we have since the beginning of this process,” she added.

The 97th victim was identified as 58-year-old Linda March. The county said it believes there is still one victim not yet identified.

March had left New York City and rented a penthouse in the building in March, just three months before the collapse, her friend Cindy Hinton told CNN.

“Linda saw the pictures. She absolutely fell in love with it,” Hinton said. “It was the penthouse level. It had balconies, it had a view of the water. And it was, you know, a building that had everything she wanted. So she was really, really excited about moving there.”

Images of her home haunted the aftermath of the collapse, as the wall sheared off to show bunk beds teetering off the edge of the top floor.

After the collapse, Hinton compared the return address on the birthday card Linda had recently sent her to the address of the building plastered on the news.

Her heart sank when they matched, she said. “We just didn’t know what to do. We’re like, we felt so helpless,” Hinton said.

Investigations waiting to ramp up

Once the search has officially ended, an investigation into what caused the collapse can fully begin, experts said.

“Until they do their job, we can’t go in to do samples of materials and take those samples and test them to understand what the various components of the building that came down was,” structural engineer Allyn Kilsheimer told CNN’s Ana Cabrera.

The first night that he was on the scene, Kilsheimer, who also investigated the aftermath of the 9/11 attack on the Pentagon, said he had about 20 or 30 theories of possible triggers.

Since then, he eliminated some but added five or six more, he said, but won’t be able to narrow it down while the search continues.

Florida State Attorney Katherine Fernandez Rundle has acknowledged “multiple requests by engineers and attorneys” to gain access to the site.

“Engineers from the federal agency National Institute of Standards and Technology (NIST) were deployed to Surfside with Congressional authority to gather evidence and determine how and why the Champlain South Tower collapsed. NIST is the fact-finding agency responsible for investigating building collapses such as the World Trade Center, much like the NTSB investigates plane crashes,” Rundle said in a statement.

“It is my understanding that once NIST, the Miami-Dade Fire Rescue and Miami-Dade Police Departments determine that it is safe and appropriate for others to gain access to the site, they will be permitted to do so under guidelines set forth by those agencies,” Rundle said.