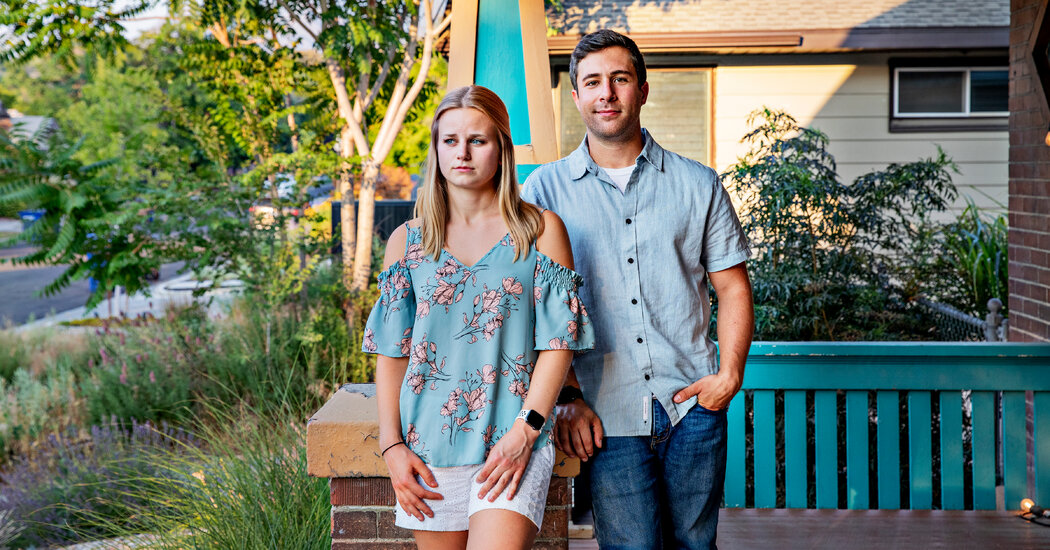 And some are calling off their search, for reasons that range from an inability to compete financially, to an unwillingness to waive contingencies like an inspection, to a belief the market will cool in time. Home sales have dropped for four months straight, even as prices have hit record highs.

Mark Boyland, a realtor with Keller Williams in Bedford, N.Y., is noticing “some buyer fatigue out there,” he said. “If you’ve lost out on four or five multiple offer situations, you say: ‘Maybe we should wait until things cool off.’ ”

A real estate market like the current one may be a boon to sellers, but it is emotionally exhausting for would-be buyers. “Every time you’re putting an offer on a house, you’ve effectively fallen in love,” Mr. Boyland said. “And now you’re getting your heart broken. Over and over and over again.”

Thomas Brown is co-founder of the Agency Texas, a brokerage that serves San Antonio, Houston and the Austin metro area, where home prices were up 43.9 percent year-over-year in April, the biggest jump among the country’s largest 85 metros, according to a report by Redfin. Not surprisingly, “there’s a lot of people pausing their searches right now,” Mr. Brown said. “The market is starting to stabilize. Not normalize. Stabilize.”

That stabilization is happening, in Mr. Brown’s view, because “there’s just going to be less buyers.” Austin’s rental market is heating up for the same reason. “People are going, ‘I can’t buy the house. I’m going to rent for a year.’”

Greg and Daphne Decoteau are renting in Boise, Idaho, though not by choice. In 2019, the couple, empty nesters in their 60s, moved from California’s Napa Valley to Boise to live out their retirement years, drawn by the lower cost of living and active lifestyle. Acting prudently, they visited the area in all four seasons before moving and rented before committing to a home purchase.

Then the pandemic hit, pulling their attention away from house hunting. By the time the Decoteaus started looking again last December, the local market, already hot, had taken off like a rocket. They waited and watched, “expecting some sanity to creep in,” as Mr. Decoteau put it.