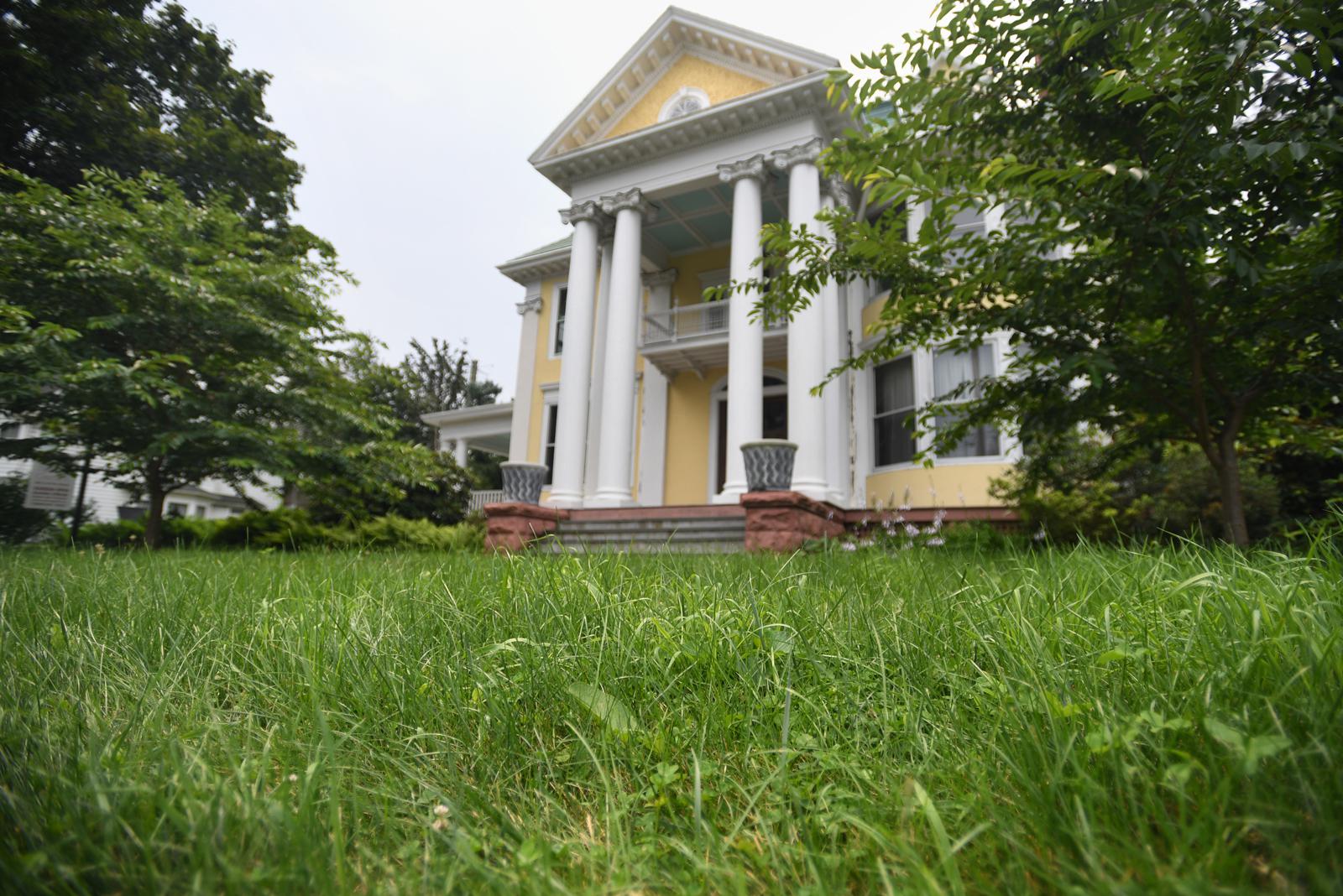 BRIDGEPORT — The Schipper family, owner of Colorblends wholesale bulbs, has been in the flower business since the early 20th Century and knows how to have a thriving garden.

This summer Colorblends’ display home on the West Side, purchased in 2013, has been in a clash over aesthetics that has owner Timothy Schipper suggesting City Hall revise its definition of blight so it is not “one size fits all.”

“In some people’s view a nice yard is a two inch cut lawn,” Schipper said in a interview. “For others, it’s tall grasses and a wildflower meadow. Whose version is right? Who decides ‘this is what it should be?’”

Last month a municipal blight inspector, responding to a complaint, issued a warning to Colorblends for “grass, bushes and trees which are severely overgrown” outside of the restored mansion at 1893 Clinton Ave. where the international bulb purveyor annually shows off tens of thousands of its colorful products and tests new ones.

Colorblends also has a distribution warehouse on the East Side.

And then Colorblends lets the area grow wild for a few weeks. As an upset Schipper in early July wrote in a Facebook post revealing the blight warning, cutting early “the foliage of daffodils or other spring bulbs damages the underlying plant (which) weakens the plant for the following springs and essentially will kill the plant off over time. … This is bad for our business as people eventually will not spend money for something that does not perform.”

But facing fines of $100-per-day, Colorblends, after receiving an extension, mowed most of the grass to five inches.

The resultant outcry on social media prompted a Facebook post from Mayor Joe Ganim’s office explaining, “Bridgeport and the mayor fondly support Colorblends along with the beauty and colors they provide our community and visitors. This ‘warning’ was initiated due to neighbors reporting the overgrowth. We encourage our residents to do this, and do our best to be responsive for the welfare of all.”

Schipper said the city suggested posting signage explaining to passersby why the property may sometimes look wild. Rowena White, Ganim’s communications director, confirmed, “Our hope is that if residents see fun colorful signage they will understand that this is a short-lived issue and the signs will also provide a horticulture lesson to visitors.”

Schipper said he understood the blight inspector was simply following a process and the city is in a “tough position” to try to accommodate him while also being responsive to residents.

He encouraged City Hall to rethink how it approaches such complaints and whether tall grass should be “lumped in” with garbage, abandoned vehicles, collapsing buildings, crumbling stone and Bridgeport’s other blight categories.

“What happens if I decide not to cut it all year?” Schipper said. “I want to be in a pollinator pathway and want a grassy meadow and crickets and bees and fireflies and that’s what they need to survive. …We’re in a more environmentally concerned world. There may need to be a little more definition on what a yard should and should not look like.”

The city did not say whether it would do so, but in a subsequent statement said, “Overgrowth can lead to health and environment hazards such as rodents, mosquitoes and ticks that may spread disease and illness.”

State Rep. Christopher Rosario, D-Bridgeport, oversaw the city’s anti-blight efforts under Ganim’s predecessor, former Mayor Bill Finch. He said that office encountered issues with overgrowth “all the time” and had to judge whether it was from neglect or for gardening purposes and, if the latter, “work with those folks (and) do a little manicuring.”

Rosario speculated the real estate boom may have some homeowners more sensitive about neighbors like Colorblends.

“A lot of folks are putting property on the market now,” Rosario said. “You’re trying to sell your home and make it look as nice as possible, along with your neighborhood.”

Eleanor Angerame sympathized with Colorblends. Angerame is executive director of Green Village Initiative, which for eight years has run a community farm in the North End off of Reservoir Avenue and has sometimes been at odds with community leaders who want the site put to other uses.

“We have all been raised with this conception that a clean lawn means you care about your community,” Angerame said. “But if you’re not living in a suburb or a city, spaces where plants grow are not called ‘blight.’ They’re called meadows.”

And those wild areas are important for the environment and the health of animals and insects, she said, noting the prominently located farm will sometimes be torn between the expected property maintenance and allowing dandelions and clover to thrive, attracting pollinators for the health of the vegetables grown there.

“They take good care of it,” she said. “I think there has to be nuance (in the blight rules). Otherwise we’re forcing this homogeneity, cookie cutter idea of lawns that is a huge amount of resources for homeowners and can be a really big weight and burden.”