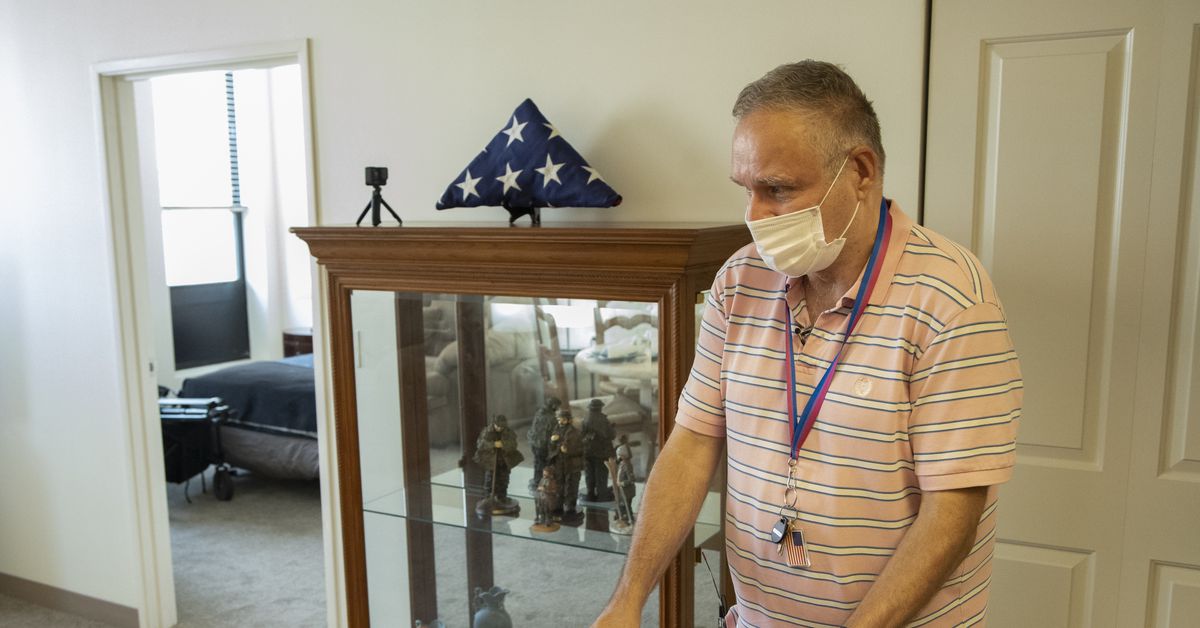 A 58-year-old U.S. Navy veteran teared up as he entered his refurbished, one-bedroom apartment, overwhelmed that he finally had furniture. The most exciting thing about his new space: a loveseat and dinner table with chairs, so he no longer has to sit on the floor and eat.

“I have a couch to sit on, and I don’t have to lay on the floor to watch TV,” said Mark McKenna, who was discharged in 1986. “It’s nice to have something to sit on.”

The remodel of McKenna’s apartment was made possible by donations from Chicagoans to the nonprofit organization Humble Design. The project was completed in a week and unveiled Friday, as the organization fulfilled its mission to help families — a majority of them led by single mothers — and veterans emerging from homelessness.

McKenna is the 2,000th client Humble Design has helped nationwide.

Before Humble Design got involved, McKenna’s apartment was sparse, boxes of his life forgotten in the corners of his Lakeview apartment.

Now, McKenna says it feels like home, with the hand-crocheted sign his mother made for him displayed on his fridge and his cabinets filled with food from the Lakeview Food Pantry. In his bedroom, iconic Beatles posters hang on the wall above his headboard, a nod to his infatuation with the English rock band.

Perhaps most precious, though, is the carefully folded U.S. flag, which sits atop his new china cabinet to memorialize his old roommate, who was also a Navy veteran.

The renovation project involved four volunteers on site and about 20 at a warehouse where donations are managed. Chicago Humble Design warehouse manager David Whitaker spearheaded much of the design and furnishing process, meeting with McKenna to ensure all his needs — and wants — were met to make his apartment feel like home.

“It’s peace because I was homeless, too,” said David Whitaker, in reference to his work with Humble Design. “We didn’t have any help back then. But being involved and seeing the end results, it’s moving.”

Humble Design helps clients in Chicago, Cleveland, Detroit, Seattle and San Diego. McKenna’s apartment is the 406th home to be furnished by the nonprofit since the Chicago chapter was founded in 2017, according to Chicago Humble Design director Julie Dickinson.

Dickinson’s father, Larry Schuerr is also a Navy veteran, so he was eager to volunteer his work as a contractor.

Some of that routine and normalcy will return for the first time in a while, as McKenna looked forward to preparing an Italian dinner — likely spaghetti or lasagna — for a friend. And he’ll eat at his dining room table, instead of on the floor.