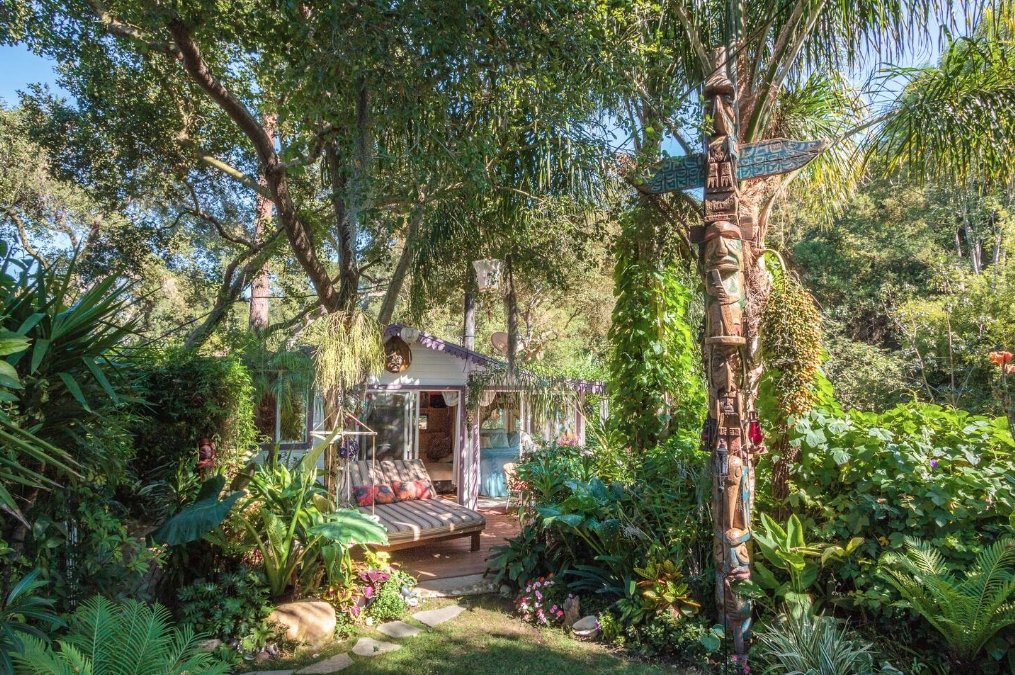 Sometimes the best travel experience can be the accommodation itself. Knowing this, creative homeowners design homes that invite their fans, inspired by popular culture’s favorite TV shows and movies. Here are five interesting houses inspired by hit productions from “Game of Thrones” to “Pirates of the Caribbean.”

You can feel like one of your favorite characters in these houses decorated with creative themes inspired by popular culture.

Teleporting its guests to a galaxy far, far away from the real world, this private house has nine rooms with finely detailed paintings on the walls, each representing a different planet in the “Star Wars” universe. Even the beds are completely hand-designed and produced in 3D to match the theme.

Some doors of the villa have been designed with portholes. Also, the villa is filled with Easter eggs for fans to find during their stay.

The most important aspect of this house, which allows its guests to experience their favorite scenes from the movie, is that it is only 15 minutes away from Star Wars: Galaxy’s Edge, the Star Wars theme park of Disney’s Hollywood Studios.

It is located in the state of Florida in the United States.

‘Pirates of the Caribbean’ cottage

Located in Topanga Canyon in California, this private house has a decoration that will bring out your inner Jack Sparrow. From the hidden treasure chests of the mystical islands to the Indian tent, from the hammock under the tropical plants to the jacuzzi decorated with stone sculptures, every detail has been carefully considered.

Winter has come to Kentucky! This house is specially designed for those who want to feel like the ruler of the Seven Kingdoms for a while.

The condo is full of details that will make fans of the series very happy, with knight armor hanging on its walls, torch-shaped lighting, dragon-shaped door handles, and dragon eggs in its fireplace. As kings and queens also need a tasty cup of coffee, there’s a touch screen coffee machine in the kitchen.

This huge 330-square meter (3,552-square foot) house not only took its decoration inspiration from the TV series “Breaking Bad” but was also used in the filming of an episode of the series itself! Fans of the show will remember this house from the episode called “Hazard Pay” in the fifth season. The house is located in the city of Albuquerque in the U.S. state of New Mexico, where the series was filmed.

The guests of the house can both feel themselves as part of the TV series while enjoying the large leather sofas in the living room. The garden is also available for a barbecue party. Guests also can spend their time by the fire in the outdoor seating area.

This house is a great place for those who want to time travel back to the 80s and return to their childhood. Inspired by the classic films of the 80s such as “Back to the Future” and “Breakfast Club,” this house has a decoration reflecting the bright tones of that period. In addition, during the stay, guests can play arcade games of that era and gorge on a buffet of childhood favorite cereals.

Keep up to date with what’s happening in Turkey,
it’s region and the world.